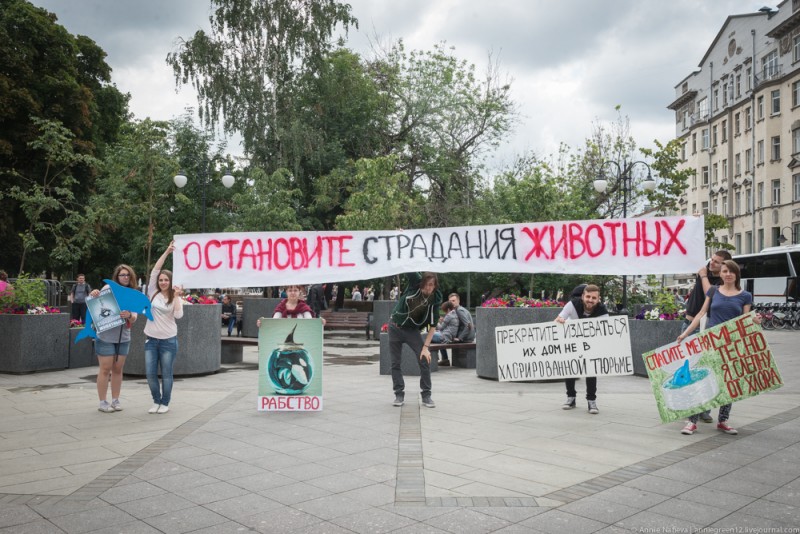 On July 18th, «Alliance For Animals» Activists in Moscow organized protest against Dolphin Shows in Russia and Dolphinarium in Izmailovsky Park where beluga Platon and 2 bottlenose dolphins forced to live in the tiny pool.

Activists started their protest near the subway station Novokuznetskaya in the city center with a simple message – “Don’t buy a ticket – Do not support dolphin shows!”. After that activists went to Izmailovsky park and tried to stop the show with loud whistles, microphone and signs. Unfortunately they couldn’t stop the show, but some people left the show at that point. Despite all that noise and rain poor beluga Platon was forced to do stupid tricks, like nothing ever happened.

As always, dolphinarium security tried to stop activists. They attacked activists trying to break their posters. They even attacked the girls. But Russian activists are not afraid of that! They will continue their fight for the freedom of dolphins!